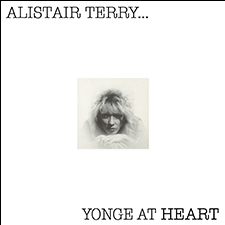 Former Pet Hate and Silverwing frontman, Alistair Terry released his debut solo album ‘Yonge at Heart’ way back in 1985.  It’s now finally being reissued and it’s yours with a couple of simple mouse clicks.  Head on over to the 20th Century Music store and get that pre-order placed.