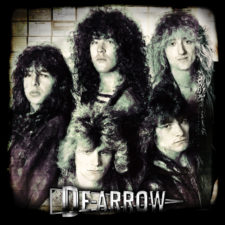 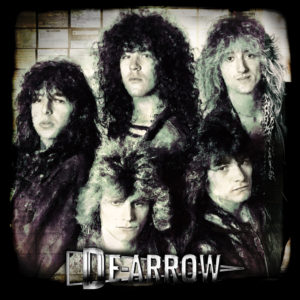 De-Arrow was an Australian 5-piece melodic rock band that existed from 1983 to 1989.

Though it was the 1980s and big hair was de rigueur for hard rock bands, including De-Arrow, for these guys it was always more about the music rather than the image.

Ensconced in the underground cassette tape-trading circuit that was so prevalent during the 1980s, De-Arrow caught the attention of press and radio across the planet.

Highlights of the Melbourne-based band’s career included international management and publishing deals with Kim Fowley and Peer Southern Music, being named in the top 10 unsigned bands in Australia, two tracks later placed on the gold-selling Roxus album Nightstreet, and a series of highly-acclaimed De-Arrow gigs throughout the 1980s